The Ultimate Leadership For All Generations

Get FREE SHIPPING with a minimum purchase of RM100. (For Peninsular Malaysia only)

Enjoy FLAT RATE shipping fee regardless of item weight. RM10 within WEST MALAYSIA (for orders above RM100); RM25 to SABAH/SARAWAK (for orders of any price).

I first met Ninoy in 2014 where we have invited him to speak at our regional rallies in Malaysia. He travelled to Kuala Lumpur, with his lovely wife, Fiona, right after their honeymoon in Bora-bora. And the audience in Malaysia were privileged to see firsthand the gorgeous photos and videos from their vacation.

Ninoy’s amazing sharing at the leadership session and rally have created such a lasting deep impression on me and many people in Malaysia. His sharing of his goals and dreams, his dreams journal and talking about the imaginative council members that he has created for himself to consult and learn from were so brilliant! And the handwritten letter expressing his appreciation and encouragement to all the Amway staffs he met during his trip was so touching. All these are still vivid in my mind after so many years.

I admire Ninoy’s entrepreneurial spirit, growth mindset and self-discipline. He is truly a living Promise Keeper, an inspiring Achiever and a great Leader who has gone the way and now showing the way to success in the business and in life. He has not just achieved all the goals he has set for himself 12 years ago but continue to pursue greater purpose of inspiring others to believe in themselves, that they too can achieve the dreams of their lives.

What amazed me the most about Ninoy is his humbleness, unpretentious gratitude, and generosity. He always shares his heart, his mind and all that he knows selflessly with a passion of helping others to become better, stronger, and greater. He is well respected for his servant leadership and giving heart.

I am very honored to be asked by Ninoy to do a foreword for his book, “The Believer”. This book teaches us the importance of our beliefs and how we should build and keep them wisely to achieve successes we desired for our lives. It is a brilliant read filled with learnings from real life experiences and practical tips. For those who decide to choose a life of growth, this is a book you don’t want to miss.

Thank you for being a hope giver, faith bearer and Life Enricher!

Having grown up in Banpong, Ratchaburi Thailand, at age 13, Ninoy left for Melbourne, Australia, for secondary school. He was living by himself alone during those years in Melbourne. He then went on to study at Wesley College at St. Kilda Campus. Ninoy excelled at Wesley College and became class leader ‘The Prefect’ during his senior year at Wesley.

Upon completing his education at Wesley, he returned to Bangkok to further his education. Ninoy graduated with first honors with a Bachelor of Business Administration from Chulalongkorn University. He then went on to pursue a master’s degree in finance from Chulalongkorn University again with first honors. Ninoy was very much involved in university activities throughout the years he was there. Because of his passion for lead others and serve the people, it was always his goal to help head up as many university activities as he could.

Today, he has and has given out every year his own scholarship “The Ninoy Summa Cum Laude Scholarship” to Chulalongkorn University students, who excel in doing activities while keeping responsibility at study. The special quality of Ninoy’s scholarship is he never asks for a good grade from the scholar, but he asks the student who received the scholarship to attend 10 days of Vipassana Meditation by S.N.Goenka twice a year. He always accompanies the student by attending the course together with them or be the course manager himself. He said this in this way he can build a real “Scholar” who know ways of out suffering.

In terms of faith, Ninoy has always firmly believed in Buddhist teaching, but he also understands Christianity very deeply. He was ordained as a monk and lived in the jungle in northern Thailand when he was only 20 years old for a year. As well, Ninoy is a firm supporter of Vipassana Meditation, as taught by S.N. Goenka, as mention above with the scholarship. He has completed all the courses, including 20 days and 30 days long course.

Ninoy left home as well as his father’s lucrative business behind to travel to Bangkok to pursue his dreams at the age of 24. Starting from the very ground up, Ninoy achieved amazing success in business within 10 short years. He then went on to achieve the highest PIN Level & Income Level at his business. He also becomes the youngest person to achieve success on that level in the company’s over 64-year history.

Today, Ninoy travels the world intending to be an inspiration to young people everywhere. When he’s not traveling, he spends time reading at his local library near his home.

He always said that “I never want to be anyone’s idol of fame, but I want to be the Icon of Hope for the people. Keeping hope alive and strengthen the faith of all is my responsibility to someone up there.”

In addition to all that has been mentioned here, Ninoy took part in the 3 Poles Challenge at the age of thirty-five, reaching the South Pole, the North Pole, and Mount Everest. He also competed in The Abbott World Marathon Majors and did it all in sub-4 hours.

After a 3 months long spiritual pilgrimage over 4 continents 21 cities, he thought the time has come for the book “The Promise Keeper” and the Ultimate Series.

He has currently written 3 best-seller books in Thailand, which are a part of a seven-book Ultimate series.

Other Books by Author 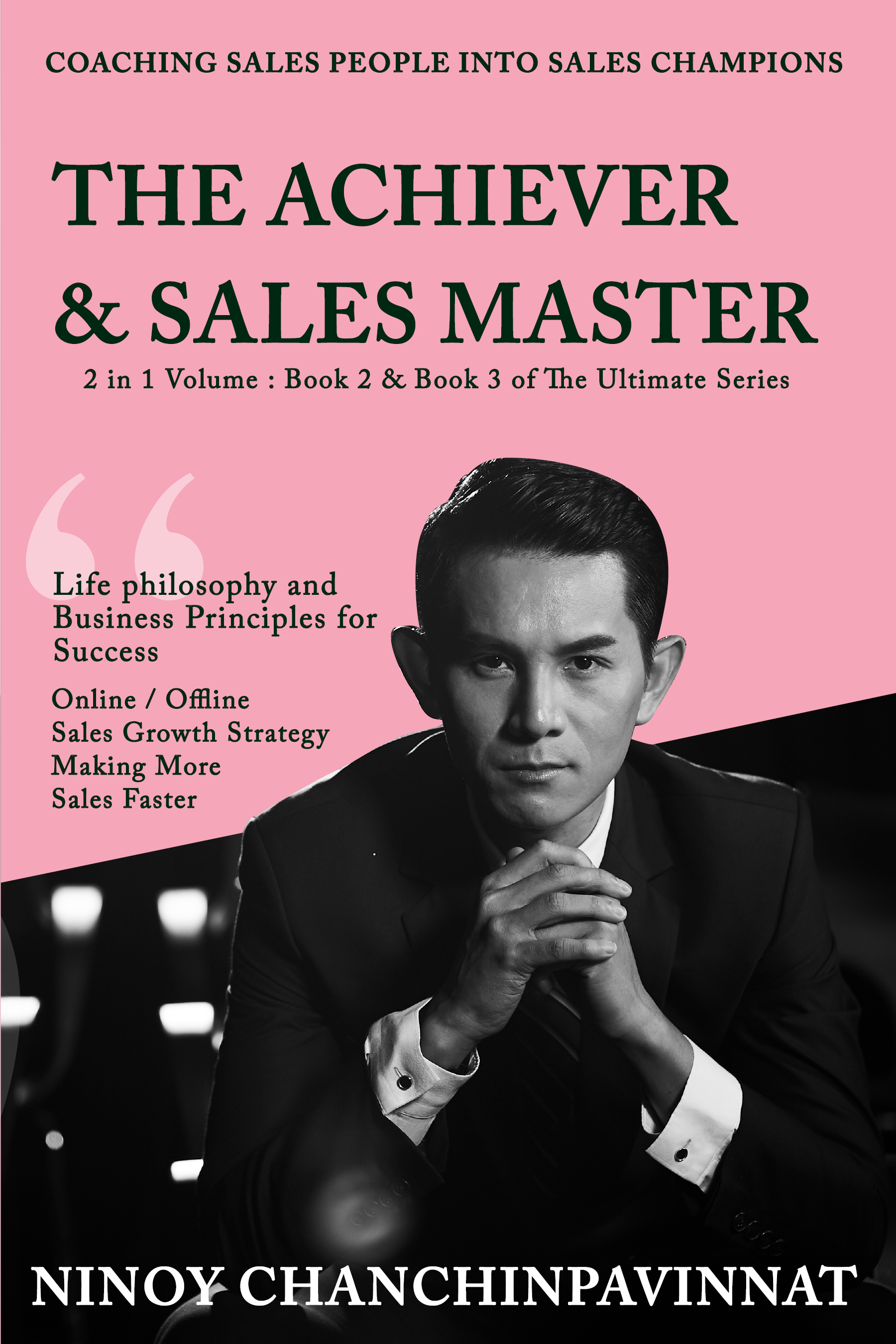 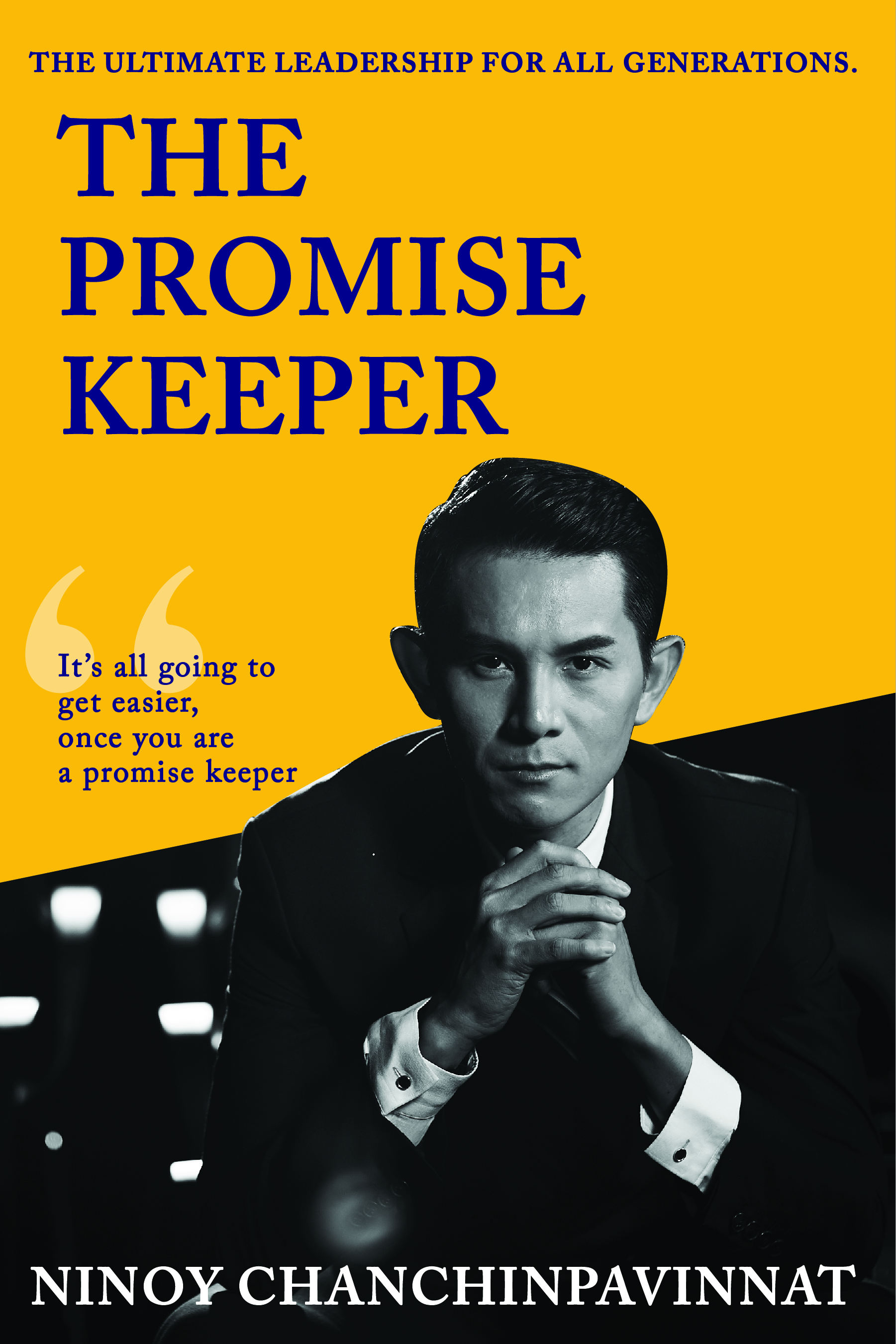 No reviews yet
Write a review
Write the first review!
Post Your Review